Twitter is introducing new labels for accounts and tweets tied to government officials and state-affiliated media.

Twitter said these labels will not apply to “the personal accounts of heads of state,” because “these accounts enjoy widespread name recognition, media attention, and public awareness.” For example: President Donald Trump’s Twitter account has not been labeled, but Secretary of State Mike Pompeo’s account has.

As for state-affiliated media, Twitter said that media organizations that maintain editorial independence despite government financing, such as the BBC and NPR, will not labeled.

To identify these outlets, the company says it’s consulting outside experts, including members of its Digital and Human Rights Advisory group (part of Twitter’s Trust & Safety Council).

Twitter also said state-affiliated media will no longer receive promotion via the service’s home timeline, notifications and search. (This limitation does not apply to government officials.) 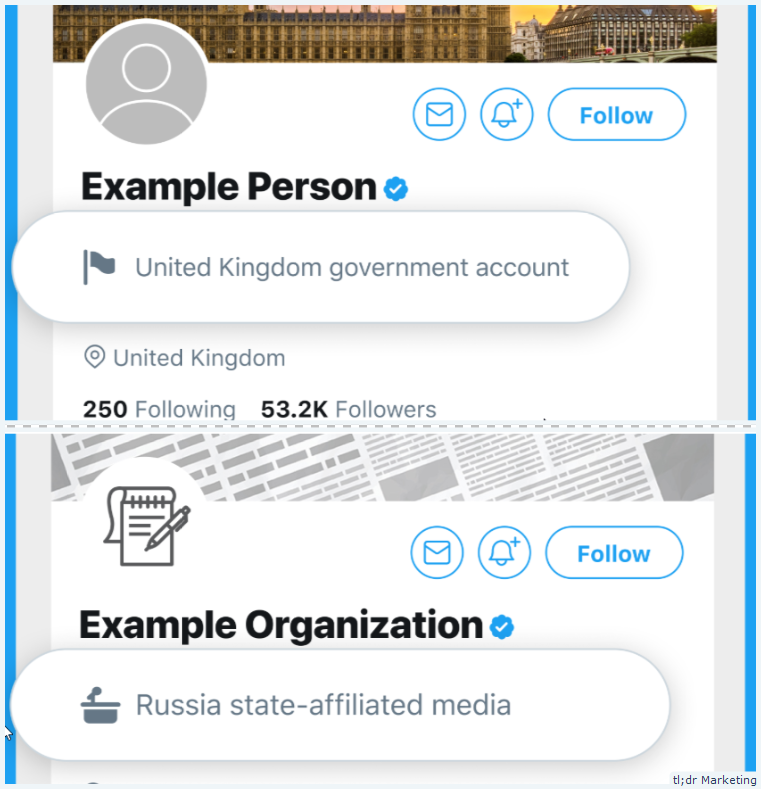