TikTok today is introducing a new feature that it says will be the first iteration of its creator crediting tools that allow creators to directly tag and credit others using a new button during the publishing process. This button lets creators credit all sorts of inspiration for their content, including dances, jokes, viral sounds and more — and will help TikTok viewers discover the original creators behind the latest trend by tapping on the credit from the video’s caption.

TikTok says it’s now rolling out a new feature that will allow users to add a credit as part of the publishing process on the app. Those whose videos were tagged by another creator will then be alerted to this via an alert in their TikTok app Inbox. The feature’s launch follows years of controversy over creator credits and attribution on TikTok. 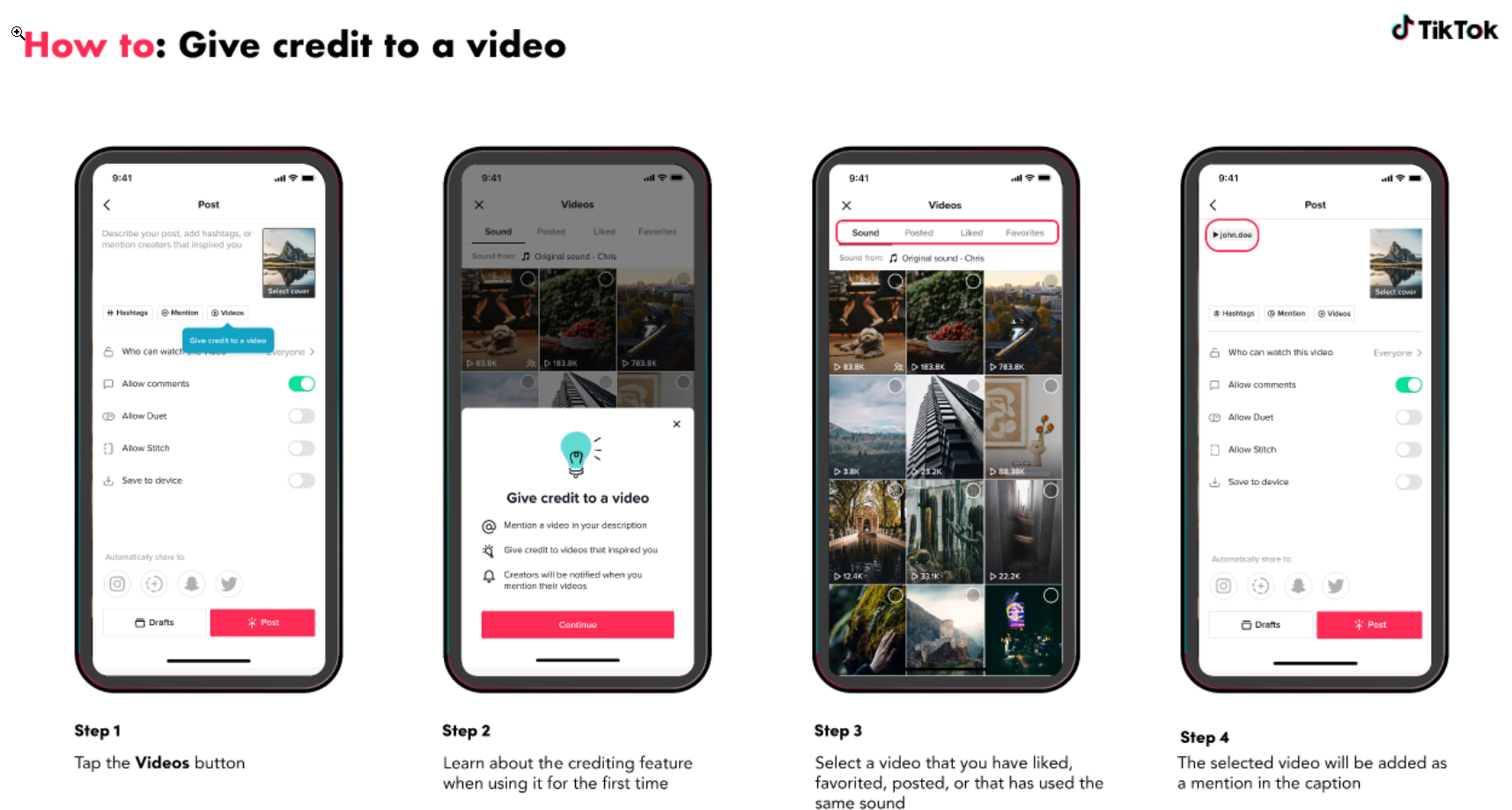