At Snap’s Partner Summit on Thursday, the Snapchat maker announced a number of new initiatives focused on using its AR technology to aid with online shopping. Most notably, the company is introducing a new in-app destination within Snapchat called “Dress Up” that will feature AR fashion and virtual try-on experiences, and it’s launching tools that will allow retailers to integrate with Snapchat’s AR shopping technology within their own websites and apps, among other updates designed to ease the process of AR asset creation.

Today, Snap announced it will put AR technology more directly into retailers’ own hands by allowing them to use Snap’s AR try-on technology within their own mobile apps and websites, with Camera Kit for AR Shopping.

This AR SDK (software development kit) will bring catalog-powered shopping lenses into the retailer’s own product pages to allow their customers to virtually try on their clothing, accessories, shoes and more. At launch, the feature works on iOS and Android apps, but Snap says it will work “soon” on websites, as well. 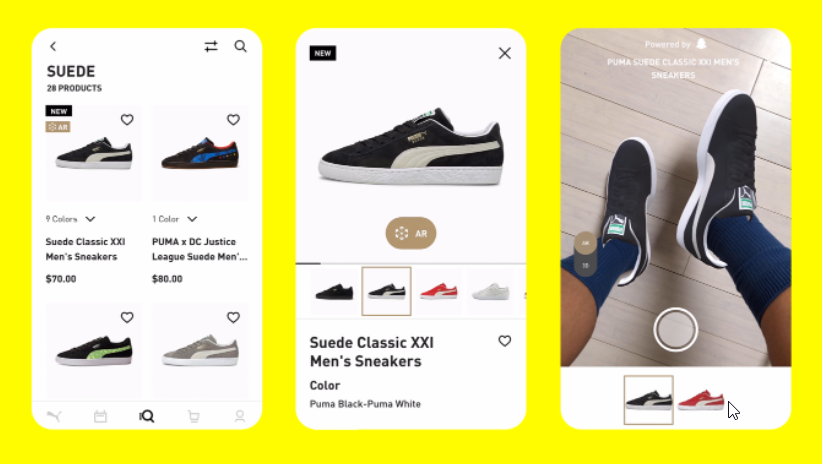