Rand Fishkin unpacks some of Google’s anti-competitive behaviour from the internal Google docs available from the Hearing on “Online Platforms and Market Power: Examining the Dominance of Amazon, Apple, Facebook and Google.

From an SEO point of view, these ones were quite interesting.

There has been other instances where Google has documented the use of clicks as a ranking signal but each time it happens, everyone is surprised. 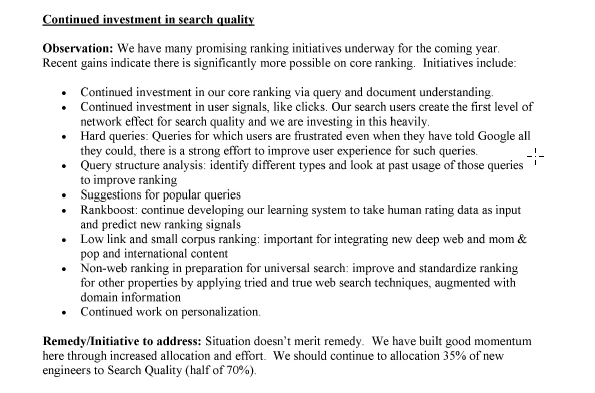