Google has been criticized by some experts for implementing the Scroll To Text Fragment feature in Chrome by default since the feature can have some privacy issues.

Here is a tweet by Peter Snyder Security Researcher @ Brave and another comment from David Baron from Mozilla and now it looks like Google is automatically adding Scroll To Text Fragment to Featured Snippets in SERPs, this basically means that if you are on Chrome and click on the Featured Snippet they can automatically scroll and take you to the section of the page where the snippet was lifted from. If you are not familiar with this new feature in Chrome check out this handy tool we build at Supple that has more info on Scroll To Text Fragment and how it works.

Sample Query: Try searching for Sample Query on Chrome Desktop. I was able to trigger them from Australia.

It was not just me and Glenn, Mordy Oberstein was seeing this at his end as well and not just for AMP pages, all the Featured Snippet I was seeing had this bit #:~:text= added to the end of the URL to trigger the Scroll To Text Fragment feature.

Another interesting thing is that it only happens in Chrome, Edge and Firefox did not show them and in some cases, the Featured Snippet did not appear as well, kinda makes the SERPs on other browsers feel quite inferior IMHO. Sample Query – try clicking on different browsers.

Even when the Featured Snippets are shown in these other browsers they don’t get the Scroll To Text Fragment treatment. Sample Query – try clicking on different browsers. 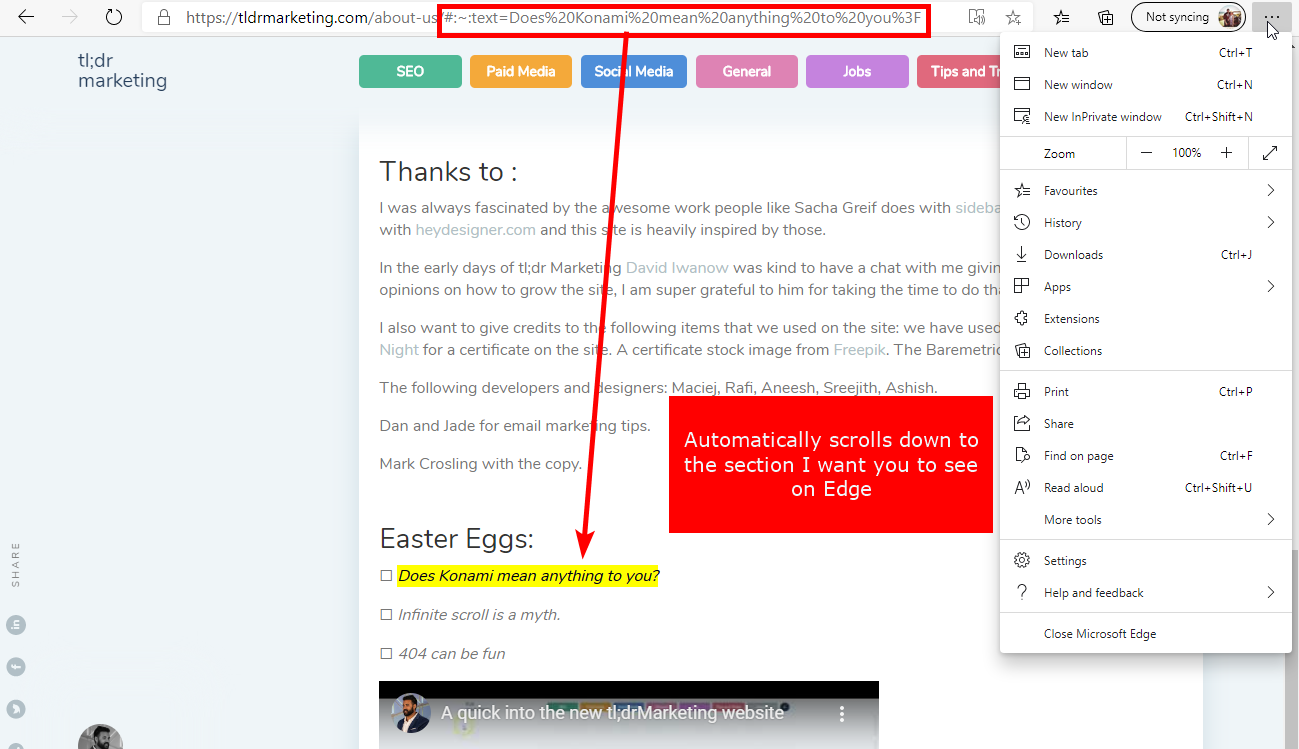 From what I can see all Featured Snippets are getting the Scroll To Text Fragment treatment on Chrome desktop, would love to see examples when it’s not. Also it’s worth noting that even when the server redirects the Scroll to Text Fragment URLs to the canonical version the feature still works on Chrome.

eg; When you click on a Featured Snippet going to Google’s development documentation portal they redirect the page to the canonical version but you will still jump (on Chrome) to the section of the page with the yellow highlighted background. 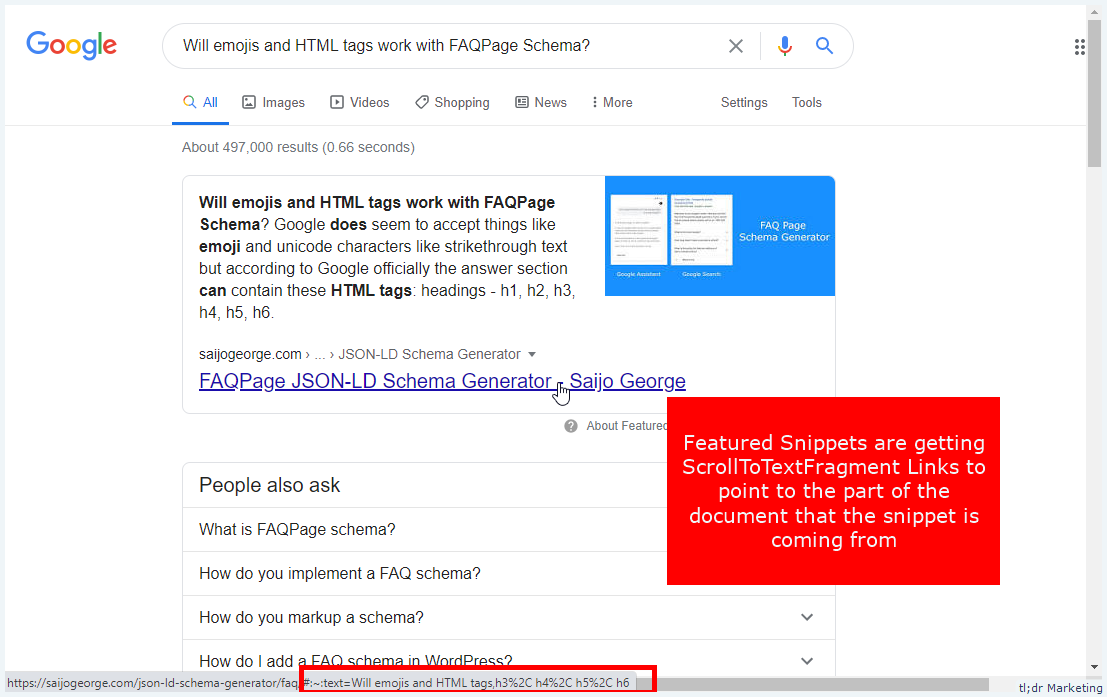