WhatsApp introduced its plans for a significant update to its WhatsApp messaging app that will allow users to now not only connect privately with friends and family, as before, but also participate in larger discussion groups, called Communities. These groups aim to serve as a more feature-rich replacement for people’s larger group chats with added support for tools like file sharing, 32-person group calls and emoji reactions, as well as admin tools and moderation controls, among other things.

The new feature is not live today. It’s initially being launched into a limited test with select communities to gain further feedback ahead of a public rollout. 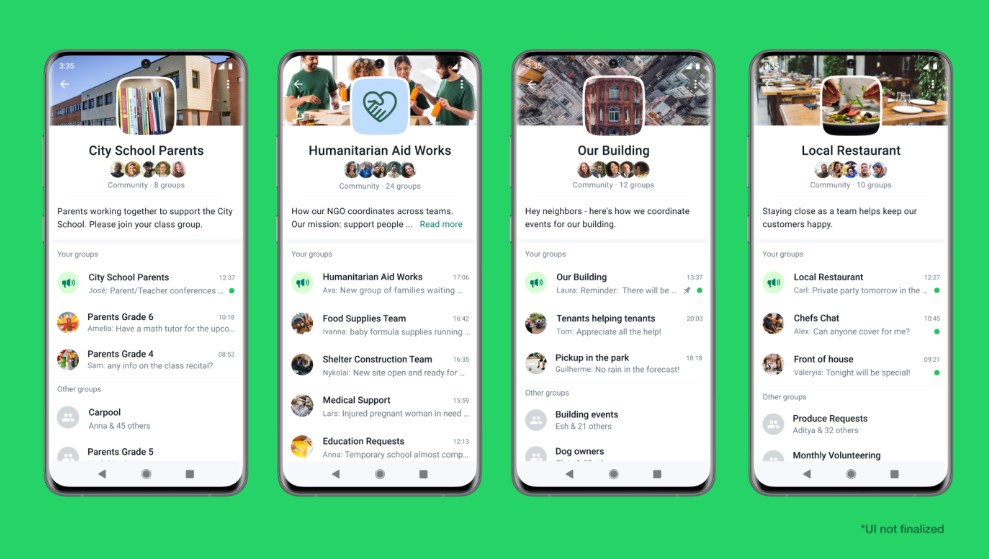