Twitter had said that it was taking care to ensure the Edit button would not be able to be misused by bad actors looking to “alter the record of the public conversation” after the fact. But how exactly Twitter plans to ensure a tweet’s edit history is highlighted has been less clear.

As noted by reverse engineer Nima Owji — who helpfully tweeted a GIF of the button in action based on his findings — access to the “Edit Tweet” feature would be found in the three-dot menu at the top-right of your tweet. It’s possible the Edit button didn’t actually edit the tweet on the back end — it creates another, new tweet. He suggested that it would be possible to make a list that includes the old version or versions of the prior tweet and append them to the newly revised version. 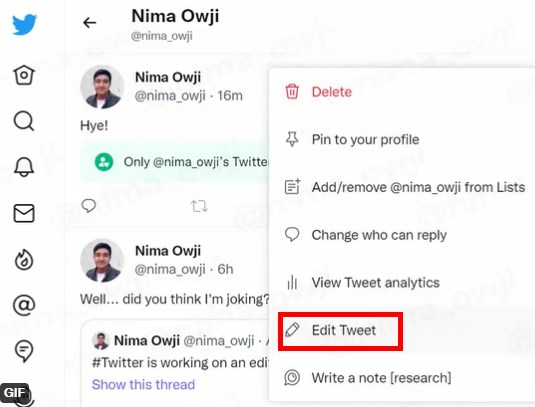