Twitter rolling out a new feature, “Suggested Follows,” that will pop up a list of other accounts you may want to follow on the profile page of someone you had just followed. The feature will be tested on Android devices, for the time being.

Twitter explains that its accounts suggestions are based on a number of factors, and are often personalized. But in the case of suggested follows, it uses algorithms to determine what accounts may be related to the profile you’ve just visited, or if people who follow that user tend to follow certain other users. 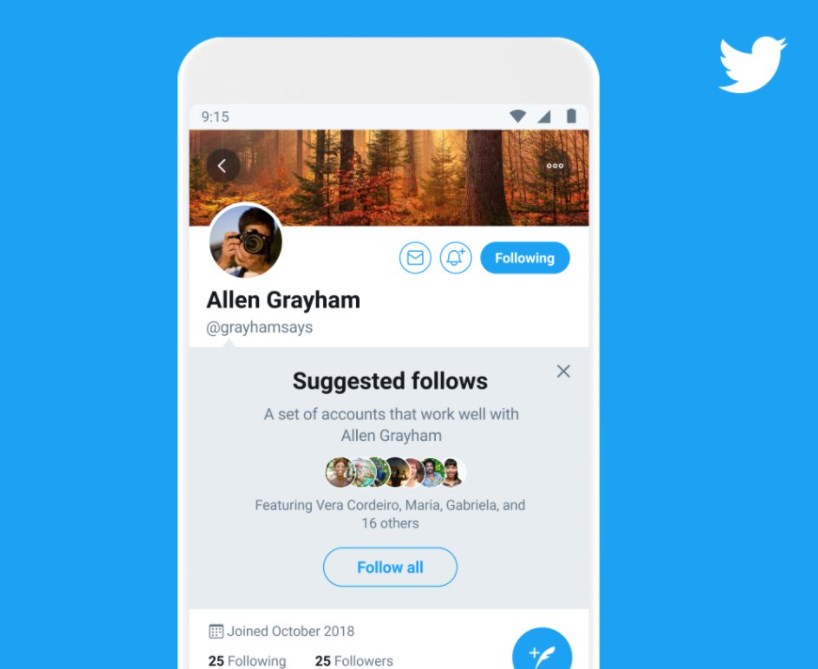