Snap announced Layers  today at the company’s Snap Partner Summit, it allows users to add data from some of Snap’s chosen developer partners directly to their map so they can see the world in a very particular view.

Snap Map has aimed to be a fundamentally social product, designed around people and friends rather than cars and directions. Layers will theoretically allow its users some customization in deciding which points-of-interest they want their map to be structured around.

The company says that Snap Map has some 250 million monthly active users.

Like Snap’s approach with its WeChat-like Minis and Games, it’s starting things off pretty slowly when it comes to partnerships. It has two out of the gate — a partnership with Ticketmaster and restaurant review site The Infatuation.

With the Ticketmaster Layer, users will be able to sort through shows at nearby concert venues and can get transferred from the Layer directly to a new Ticketmaster Mini to buy tickets inside the Snapchat app. With The Infatuation, users can scan the map for editorialized recommendations for nearby restaurants with lists and reviews from the site. 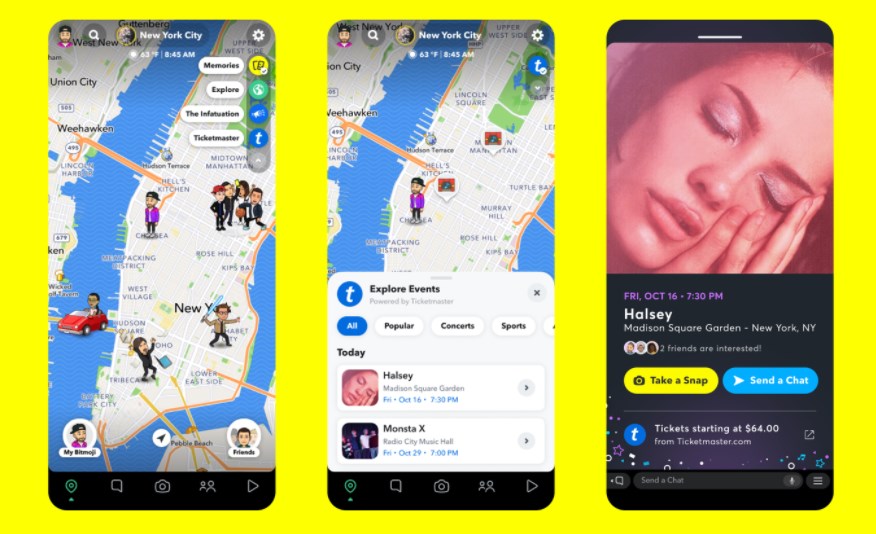