Pinterest To Test Livestreamed Events This Month With 21 Creators

Pinterest is expanding into live events. The company is planning to host a three-day virtual event that will feature livestreamed sessions from top creators.  The virtual event will run inside the Pinterest app from May 24th through May 25th, and will serve as the company’s first public test of directly streaming creator content to its more than 475 million global users.

Users will launch the livestreaming experience directly inside Pinterest mobile app and remain there during the sessions. Pinterest users can also comment to interact with the creator during their stream, but there is no longer any shopping functionality, Pinterest tells TechCrunch.

The livestreams allow up to five “guests” and an unlimited number of viewers. Meanwhile, moderators — which may include Pinterest employees, during this test — will help to control the experience. They will also have the ability to remove people from the chat if they do not uphold Pinterest’s Community Standards.

The forthcoming event’s lineup will focus a variety of topics, including food, design, cooking, style and more.

In total, Pinterest will feature around 21 creators throughout the three-day event, with around seven different sessions per day. Users will be directed to the live event via a new “Live” tab inside the Pinterest app for iOS and Android, where they can view the schedule and join sessions. 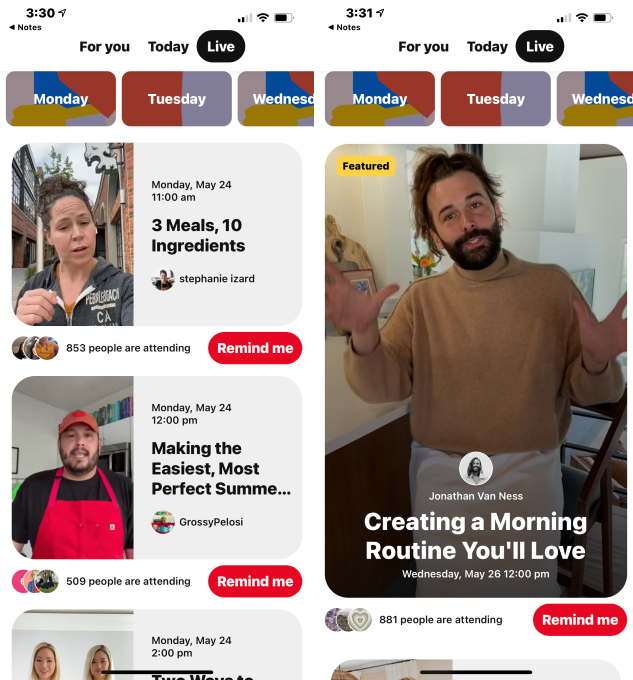