Instagram announced today it will allow users to remix any video content on the app, not just short-form reels videos. The company officially launched Remix, its version of TikTok Duets, last March. The feature lets users record their reels video alongside a video from another user, as a means of interacting, reacting, collaborating or highlighting other content on the Instagram Reels platform. Now Instagram says any public video on the app is fair game for a remix. But this only applies to videos published publicly from this point forward — the feature won’t work on older content. 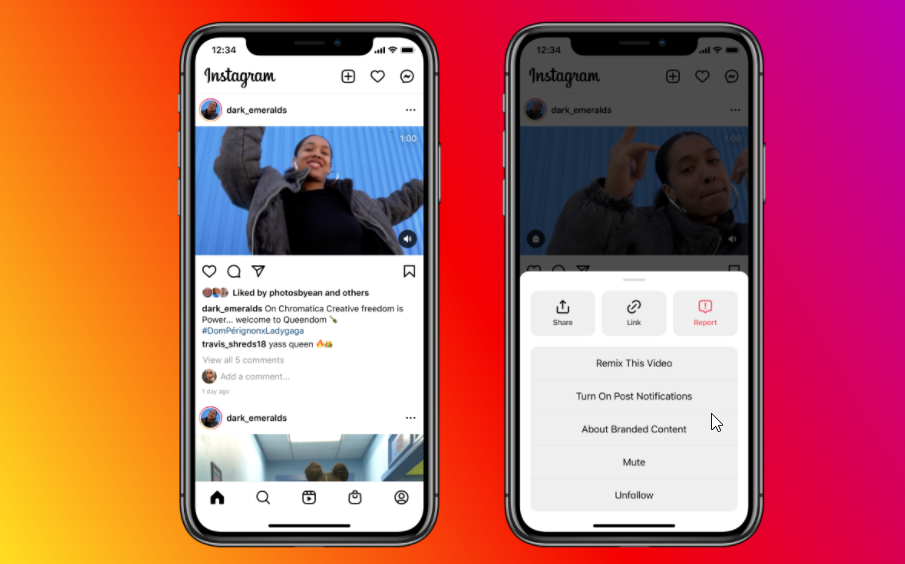