Facebook’s self-styled “Oversight Board” (FOB) has announced an operational change that looks intended to respond to criticism of the limits of the self-regulatory content-moderation decision review body: It says it’s started accepting requests from users to review decisions to leave content up on Facebook and Instagram.

The move expands the FOB’s remit beyond reviewing (and mostly reversing) content takedowns — an arbitrary limit that critics said aligns it with the economic incentives of its parent entity, given that Facebook’s business benefits from increased engagement with content (and outrageous content drives clicks and makes eyeballs stick).

If the company decides to keep the content up Facebook says the reporting person will receive an Oversight Board Reference ID (a 10-character string that begins with “FB”) in their Support Inbox — which they can use to appeal its “no takedown” decision to the Oversight Board.

More info in their help documentation.

As an agency director, staying on the pulse of changes in the digital landscape is fundamental to our success. Unlike traditional industries, we can't rely on the methods that worked for us in the past as the pace of change and transformation in digital dictates constant investment in education. Saijo and the tl;dr feed/newsletter is an invaluable source to anyone in digital as it constantly provides value and keeps busy digital talent reliably up-to-date. Make reading it a weekly habit and you'll understand why tl;dr marketing is your secret weapon in digital and why you should consider Saijo a good friend to have in your network. 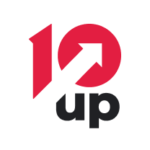 10up is a fully distributed, global creative services agency; partnering with some of the biggest brands in the world.  This role at 10up sits on our Audience and Revenue team.…