Federal regulators said healthcare pricing data that health insurers must post under a new requirement shouldn’t be blocked from web searches, issuing new guidance after The Wall Street Journal reported that hospitals used special coding that shielded such information from Google and other search engines.

Under new federal requirements, both hospitals and insurers must reveal long-confidential pricing data, including the rates that insurers pay for services. Hospitals were supposed to post data at the start of this year, while insurers must comply beginning in 2022. The hospital industry had fought the requirement in court but lost.

The new guideline, from the Centers for Medicare and Medicaid Services, was released March 23, the day after the Journal’s article revealed that hundreds of hospital pricing-data websites included special coding that kept them from showing up in searches on Google 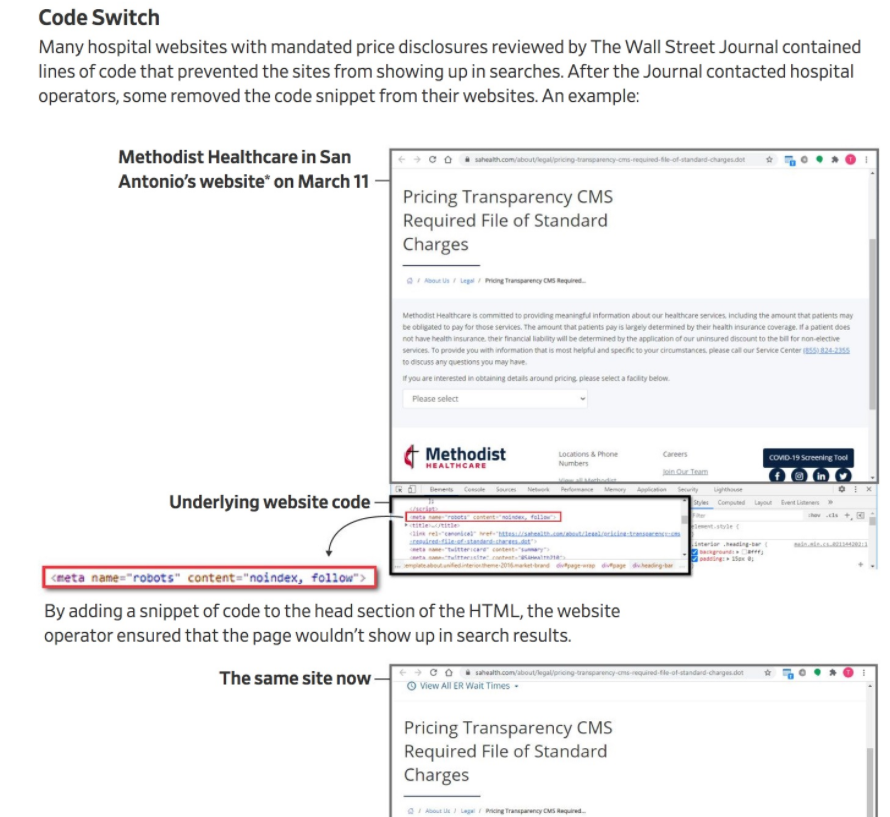 Saijo doing an amazing job. As an SEO I am loving what is he doing. I don't have to worry about missing top news and updates since he sends all the updates in a single pack. Saijo saves me a lot of time and effort.

Join the team at Teaching.com to create, develop, and deliver fun and engaging software for educators and students! Who We Are & What We Do We’re working to change the…