Google today announced that Chrome will start blocking resource-heavy ads. There are three possible thresholds an ad can hit to be blocked:

When an ad reaches one of the thresholds, the ad’s frame will navigate to an error page that simply says “Ad removed.” Google will be experimenting with this change over the next several months and will roll it out on Chrome stable near the end of August. 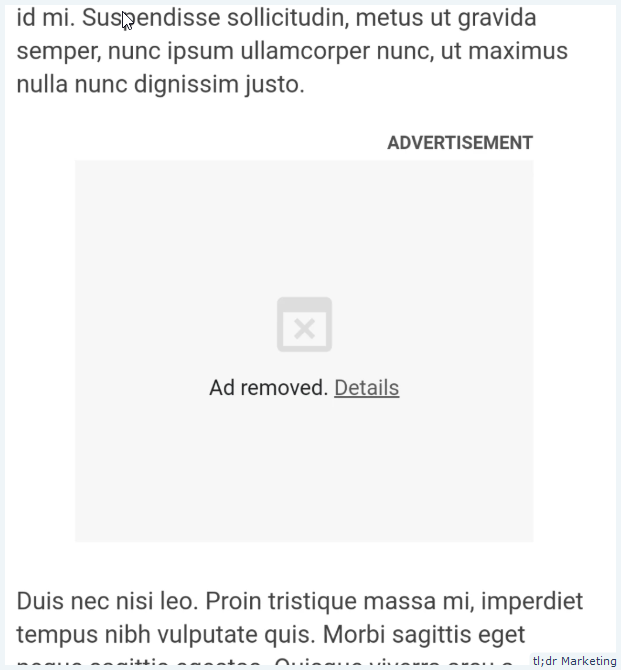