Yesterday Apple announced iOS 14, one big change for advertisers was that Apple is making makes IDFA opt-in on app-by-app basis in iOS 14. Identifier for Advertisers (IDFA), is a random device identifier tag that Apple assigns to a user’s device. Advertisers have long used the feature to track aggregate data without revealing a person’s identifiable information.

Apple’s iOS 14 makes the IDFA explicitly opt-in for all apps. That means apps will need to ask users permission before they can use the identifier for tracking. They will take this out of the depths of the Settings app where most regular users would not go and enable it and make it explicitly opt-in for every single app. If an app wants to use the IDFA, iOS 14 will present mobile users with a big dialogue like this and changes are hardly anyone will allow it.

Apple isn’t just completely leaving advertisers up the creek without a paddle, however. Apple has been working on a new privacy-safe framework for mobile attribution — the science of identifying which ads drive what results — for the past two years. It’s called SKAdNetwork, and Apple just updated it. SKAdNetwork promises to allow advertisers to know which ads resulted in desired actions without revealing which specific devices — or which specific people — took those desired actions. 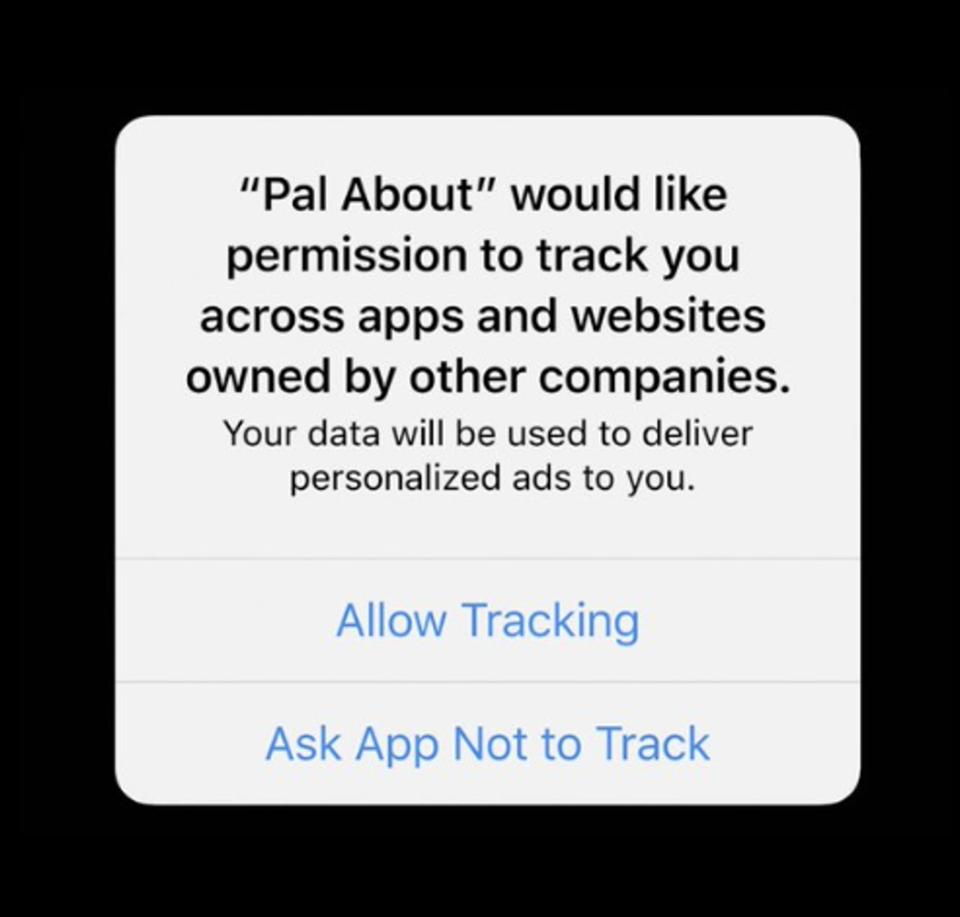