The Stitcher Podcasting Report 2020: Hours with Most Listeners Monday – Friday 8 AM – 5 PM

The “Stitcher Podcasting Report” represents the industry’s only analysis of in-app data, network content and listener demographics from Stitcher – the top network for share of podcast listening in the U.S., as measured by Edison Research’s Podcast Consumer Tracker. The report examines the factors that have driven the industry’s growth and the trends shaping it today: Here are a few highlights:

Here is the full report on Slideshare, and the pandemic update. 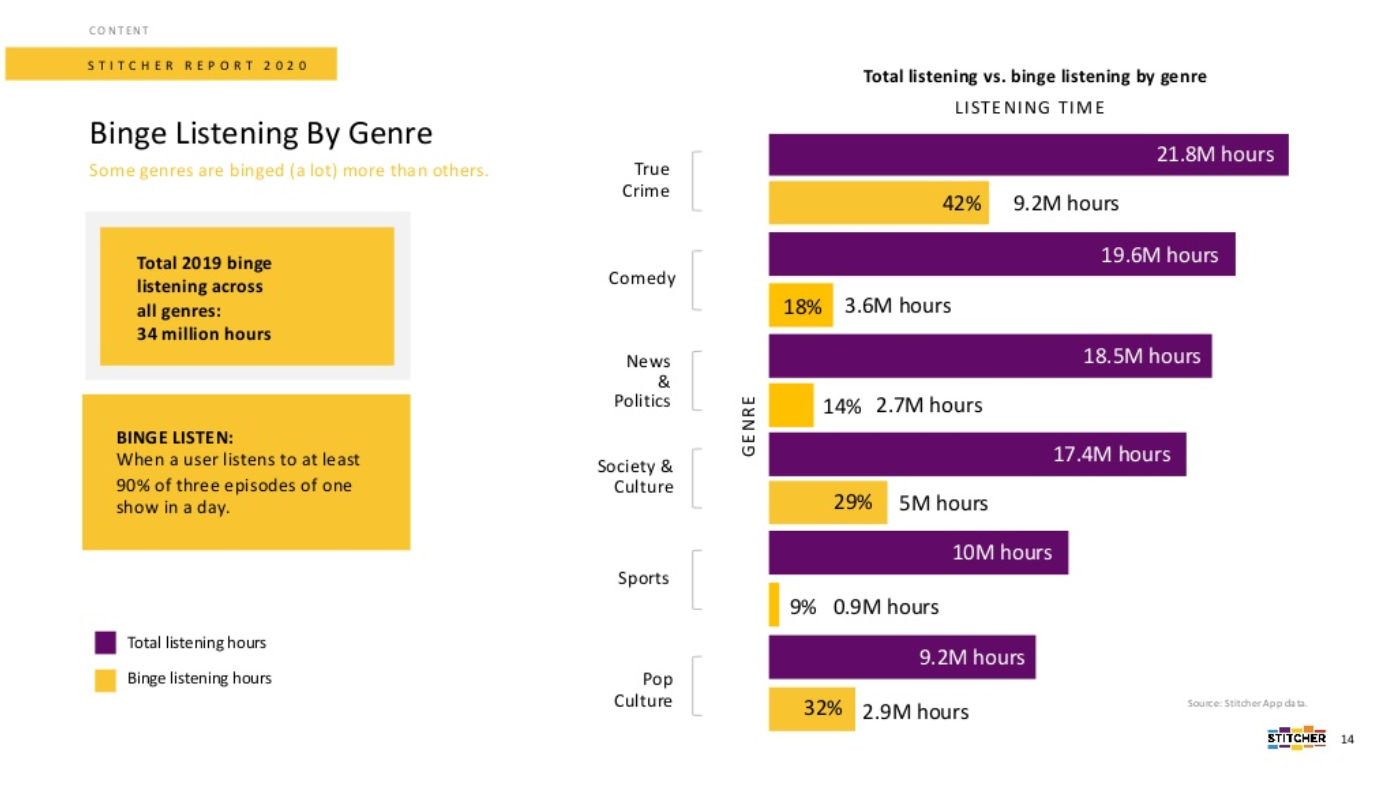