No Safari 14 Does Not Block Google Analytics

In the midst of Apple’s yearly Worldwide Developers Conference, the company showcased some of the privacy improvements to the upcoming version of the Safari web browser (version 14). One of the previews showed that google-analytics.com is listed among the trackers that are being prevented on websites. Queue panic and the spread of misinformation like wildfire through the dry brush of first-party analytics.

When Safari says it blocks or prevents a tracker, what it means is that the ITP algorithm has flagged some domain as having cross-site tracking capabilities, and Safari has, among other things, stripped it of its capabilities to carry cookies in cross-site requests, also known as third-party cookies.

THIS is what Safari means when it’s prevented a known tracker in google-analytics.com. That domain has been flagged as a cross-site tracking domain, and Safari assigns certain protective measures to any communications to and from that domain (you can read more about them here).

Just to prove the point, Simo tested his site with google-analytics.com AND googletagmanager.com flagged as tracking domains, while still loading the JavaScript libraries and sending the HTTP requests to their designated endpoints: 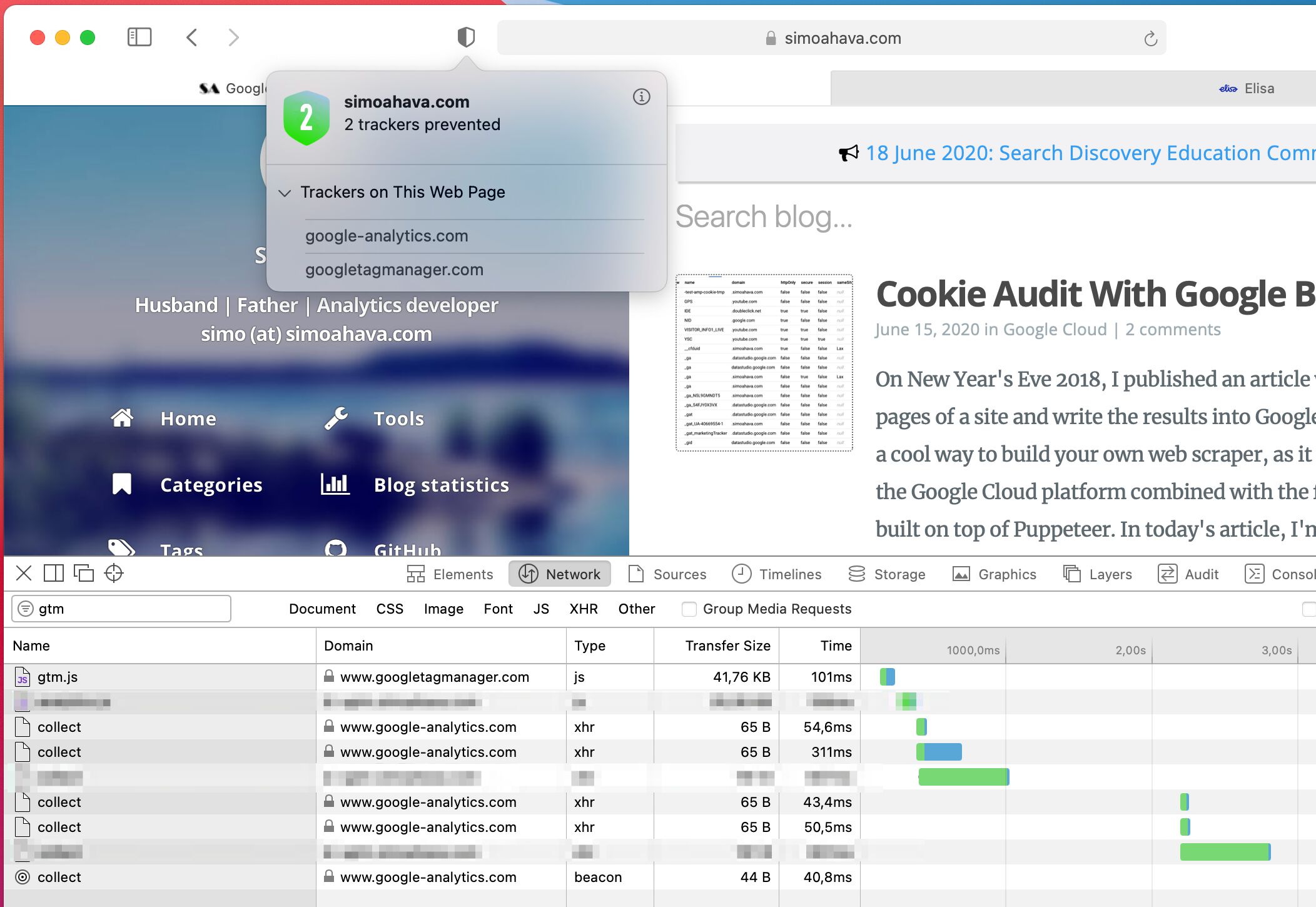