Mobile Game Ad Revenues Increased By 59% During the Coronavirus Pandemic

The report’s findings stem from a cross-platform study focused on COVID-19’s impact on consumer gaming for the period from January 1 to mid-May 2020 as compared to the same period in 2019. The data in the report was sourced globally from mobile games that deploy Unity’s monetization platform as well as games made with Unity for PC and mac OS, Android, and iOS, and Unity’s deltaDNA. 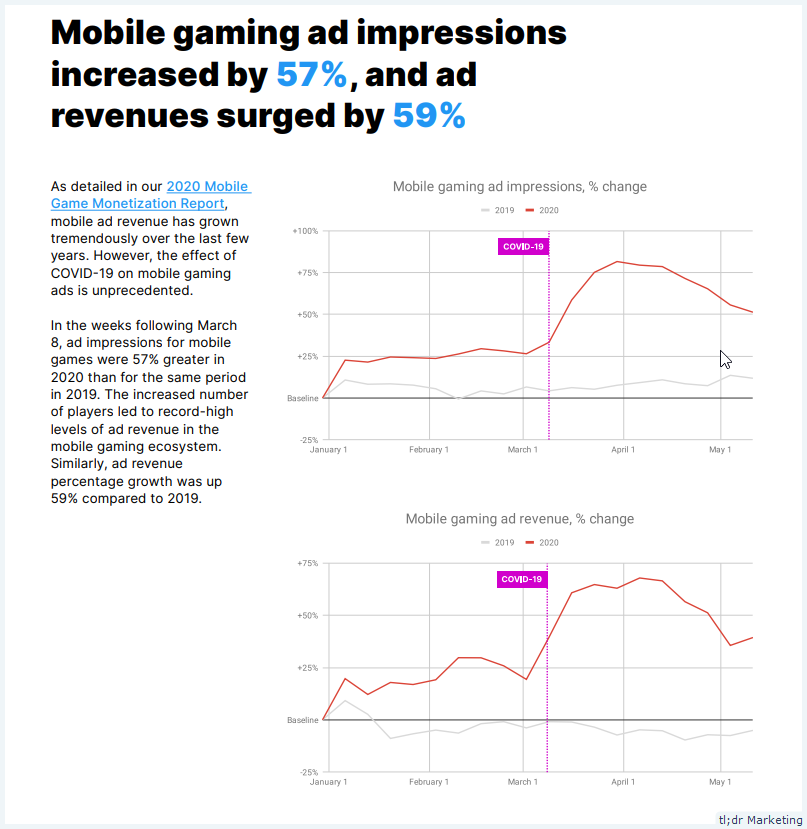