Google has quietly rolled out a significant change in how Android app developers can market their subscriptions on the Google Play Store. The company confirmed a select set of developers are testing a new feature that allows consumers to purchase an app’s subscription outside of the app itself. That is, instead of having to click through in-app pop-ups and read the fine print inside an app, consumers can choose to buy an app’s subscription directly from its Play Store listing page — even if they don’t yet have the app installed.

It allows developers to sell subscriptions directly on their app’s details page. Now, next to the app’s “Install” button, consumers will be able to instead choose to click a separate button to purchase the app’s subscription and even its free trial. 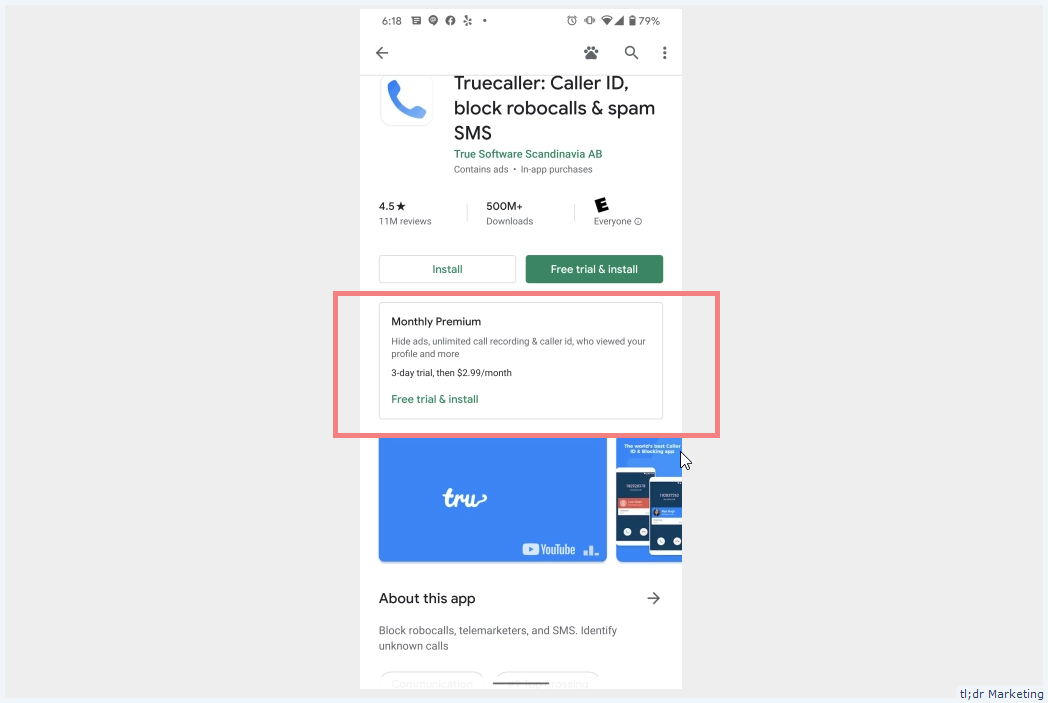