Mozilla Corp., the organization behind popular Firefox web browser, has been working on its own paid VPN service since last year. The service, called Firefox Private Network, was launched in beta last year as a browser extension for desktop versions of Firefox web browser that was followed by an Android app in February this year. Now, the service is set to be renamed as Mozilla VPN and launched as a standalone and system-wide VPN service for Android, iOS, Windows, ChromeOS, macOS, and Linux platforms over the next few weeks.

The VPN will be available for $4.99 per month and you will be able to use up to five devices with the same account. If you want to be a part of the beta testing or express interest for the service to be available in your region, you can join the waitlist by signing up on this page. 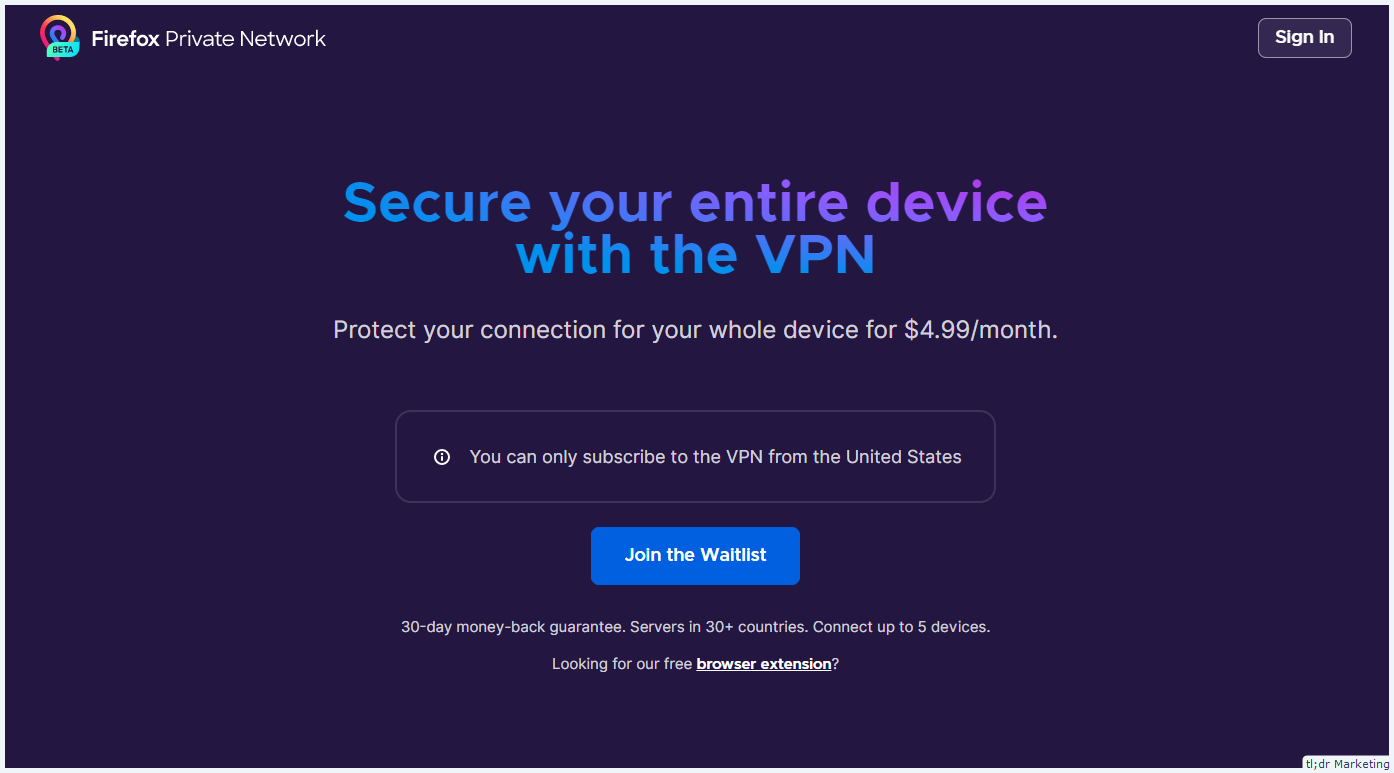