content-visibility: The New CSS Property That Boosts Your Rendering Performance

This new property can help you improve initial load time by skipping the rendering of offscreen content. content-visibility enables the user agent to skip an element’s rendering work, including layout and painting, until it is needed. In their example, they see a boost from a 232ms rendering time to a 30ms rendering time. That’s a 7x performance boost.

The content-visibility property accepts several values, but auto is the one that provides immediate performance improvements.

FYI there is a performance gain for it https://t.co/om6lUWj9m8 ( but browser support is sketchy for now https://t.co/eySqLwilzH ) 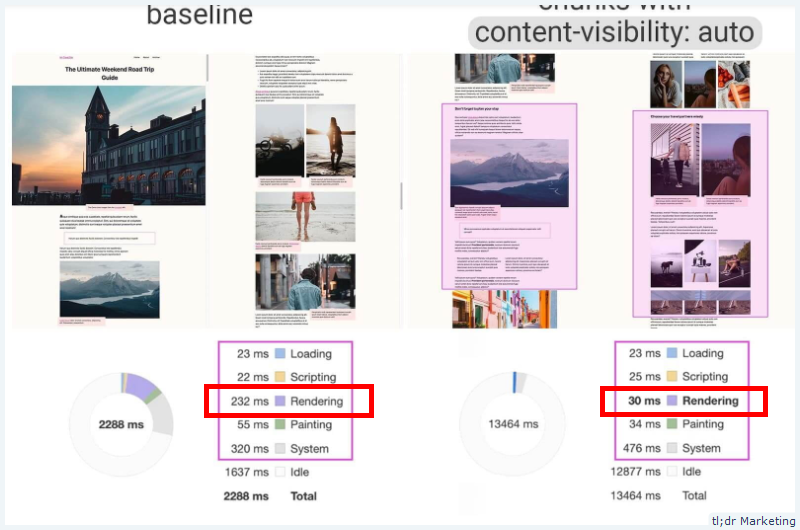